An Introduction to the Plight of Animals in South Korea

The development of South Korea in the late 20th century is often said to have been an “economic miracle.” Devastated by the Korean War (1950-53) — whose continuing legacy is a peninsula still divided into two countries — the Republic of Korea faced a long uphill battle to reach its current status as a player on the world stage. After years of political upheaval and great sacrifices on the part of its people, South Korea succeeded in transforming itself into a highly urbanized, sophisticated, and technologically forward nation. 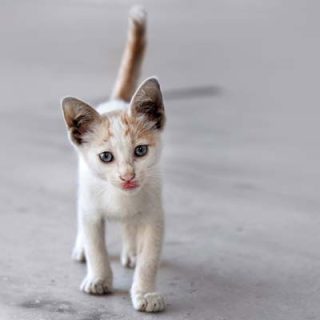 Like many Asian countries, Korea has not traditionally had quite the same concept of animal welfare as now prevails in the West (however little or however much Westerners may actually put those sensibilities into practice). This is understandable, as many Asian nations do not enjoy, or have not historically enjoyed, the same general level of economic and political stability that many Western countries have, and concerns over human survival have often taken priority. Still, the idea of respect for the environment and for animals does have ancient roots in Korean culture. The Jindo breed, a spitz-type dog native to the island of the same name, is even cherished as a national symbol and designated by the government as an official “Natural Treasure.”

But in today’s affluent South Korea, a paradox exists. Although many people today keep dogs as pets, and Korean dog owners dote upon and love their companion animals, there is in general little priority given to the compassionate treatment of animals, and the country is still the home of a dog-meat industry that, though prohibited by law since 1991, makes billions of dollars every year.

Like people in many other cultures, Koreans have a fondness for dogs. So in order to assuage people’s discomfort with eating dogs and thereby allow the dog-meat trade to grow, those who profit from it have encouraged the creation of a spurious distinction between so-called “pet” dogs and those raised for meat. The meat of large, gentle yellow dogs is promoted as particularly healthful. It is also said that the more painful the dog’s death, the better the taste and the more potent the benefits, because of the adrenaline released in the dog’s system. Even with the supposed separation between “pet” and “meat” animals, however, the meat markets still deal in dogs of all breeds. Pugs, pointers, cocker spaniels, Jack Russell terriers, and various small, fluffy dogs have all been photographed in cages, for sale at meat markets. Although they were obviously bred to be companion animals, these dogs were probably lost or abandoned by their owners or kidnapped by exploiters.